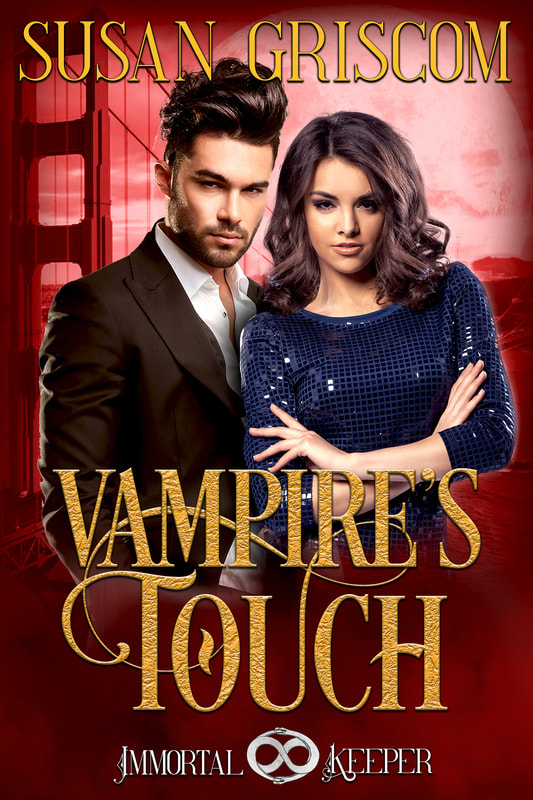 Most people would call the ability to read minds a gift. Not Iris. She hates knowing what people are thinking all the time.

As if that weren’t bad enough, that so-called gift has led to being a guinea pig for a
prominent doctor's wild, psychological experiments. When she finally escapes his clutches, she lands in the office of one Langdon Fox, a wealthy, influential, and downright handsome vampire who offers to keep her safe.

Except Iris can’t tell if he’s sincere because she can’t read his mind. Which should make her elated, if she weren’t so worried that he has plans of his own. Plans that might not be in her best interest. But one thing she knows for certain is how his “indecipherable” touch ignites a passion in her that she’s never experienced before.

Langdon wants nothing more than to help and protect Iris but his dead heart begins to skip beats whenever he’s near her, creating too many distractions. And now he worries that his uncontrollable desire for her will sabotage his efforts in keeping her alive.

Read the first chapter now. (subject to change before publication)

Iris
I didn’t normally bite my nails. But lately, normal wasn’t one of my day-to-day routines.

I hurried down a scarcely lit hallway driven by fear.

Fear of being discovered.

Fear for my freedom.

Fear for my life.

It was that fear that drove me through this befuddled building riddled with offices and conference rooms, a labyrinth of doors and corridors.

The sound of a door opening then closing in the distance brought another wave of panic. I held my breath, praying whoever it was wouldn’t head in my direction. I tried a doorknob only to find the door locked.

Tired and weak-kneed from exhaustion and lack of food, I clutched the napkin loaded with hors d’ oeuvres to my chest. Food I’d taken from the buffet in the ballroom one floor below, some stuffed-shirt charity event I’d snuck into.

I tried another door on my right halfway down the hall, also locked. Panic sizzled along the shores of my spine, afraid I might not find a place to hide before someone discovered me, turned me over to authorities, who would turn me over to him.

A dire situation that would definitely lead to my death.

And my breath choked in my lungs along with the tension, the trepidation, the terror fueling the firestorm igniting every nerve in my body.

If only I could read objects the way I could minds, I wouldn’t need to try every single doorknob in this long-ass hallway.

I headed to the last door at the end, my only other option, and prayed the knob would turn.

When the door opened, I slipped inside quickly and quietly closed it behind me.

I stood still for a few flustered seconds, allowing my eyes to adjust to the light flowing in through a wall of windows. I glanced around the office. Tables. Chairs. A couch. And a large exquisite antique desk.

The faint sound of footsteps clicking on the other side of the door had me dashing around the desk and diving underneath. My head hit the bottom of the drawer. I whimpered, but not too loud. I scrunched my shoulders and scooched all the way against the back, and counted my blessings for the small space that hid me from the rest of the room.

My heartbeat pounded in my ears, the rhythm so loud I thought my brain would explode. I wondered how the insides of my skull would look splattered all over the bottom of the desk.

I also wondered what it would be like to crawl into a dark cave and huddle down in a corner. Would the darkness and walls surrounding me drown all my thoughts into silence? Or would the pounding of my heart drive me crazy like it was doing now?

My stomach screamed. I had to eat. I bit into one of the crackers, closing my eyes, savoring the salmon-flavored cheese spread on top. I immediately popped the rest of it into my mouth. The satisfaction of eating something that yummy was almost good enough to calm the pounding of my heart.

I sat there, barely moving, losing track of time.

When I was eight years old, I jumped into the community swimming pool and let myself sink all the way to the bottom. The silence was intense—clogging, choking—an eerie deadness. But I stayed there until I couldn’t hold my breath any longer. I remember being disappointed that my thoughts never dulled, never left me, never drained from my mind.

When we die, do our souls lose their ability to decipher sentiments and sensations?

Two things I hadn’t experienced since my mother passed away. And I missed them.

I squeezed my eyes shut, pictured my mom. She’d left this world when I was eight. Had she retained all of her opinions she’d so often preached to me during her life on earth?

When I was in the orphanage, I overheard someone say she was in a better place. They called it heaven. But considering the way she’d lived, I wasn’t so sure she hadn’t gone the other way.

Did she remember me?

Did she remember anything?

What about her addictions to alcohol and pills over those last couple of years? Did she still crave them? Was she finally at peace? Had she achieved that bliss she’d sought with every high?

I stuck the last salmon-coated cracker into my mouth. They were so delicious; I wished I’d taken more. There had been enough food on the buffet to feed the entire city of San Francisco. It was some sort of event for a charity that I had no clue about. Since my dress fit the occasion, though a little rumpled, no one questioned my presence. It was the first meal I’d had since I fled from my foster father. A prominent psychiatrist with the power to change my life, or kill it completely.

I was safe. Lucky for now.

“Lucky Iris,” my mom would say when I was little and things were going our way.

Not so lucky last night. Last night I slept in a bathroom at a quick stop.

If I was lucky, I could stay in this room for the entire night. Even stretch out on that brown leather sofa after I was sure everyone was gone. I might even help myself to some of that alcohol in the crystal decanter on the credenza. I didn’t know what kind of liquor it was, but it was surrounded by a few fancy crystal glasses. Fancy enough for something good to be poured into them. This office was definitely an upgrade from last night.

I sat on the hard floor, nibbling on the appetizers like a scared rodent would nibble on a chunk of cheese, praying no one would discover me.

I popped one of the stuffed blue cheese olives into my mouth and had just made myself comfortable when footsteps stopped by the door.

My prayers must have gone unheard, or perhaps God was too busy to listen to me because a few seconds later, the office door creaked open. I drew in air, holding it inside, afraid somebody would hear my breathing. Terror detonated inside me like a firecracker, and my lungs almost expelled the breath I just sucked in. The light from the hallway spilled in, illuminating the floor on the other side of the desk. The door closed. And the entire room lit up like it was daytime. My pulse pounded louder than a raging waterfall in Yosemite after a winter of constant snow.

Footsteps clicked across the hardwood floor and stopped in front of the desk. The tips of a man’s large leather shoes almost jabbed me in the thigh. I made my breath as shallow as possible and watched the expensive shoes turn. One crossed over the other, giving me the impression of him leaning his backside against the desk.

“No, Damian.” The sudden sound of his voice startled me until I realized he was talking on the phone. “It went well. Most of the guests are gone now except for a few die-hard stragglers, and I’m sure we’ve reached our goal tonight. I’ve stepped into my office to check the figures.”

During the next few seconds of silence, I was certain he could hear my heartbeat while he listened to someone on the other end.
“I know you’re excited, but please try to contain yourself. This must remain between us. I only confided in you because I need your help … No, I’ve only recently acquired my patronage with the Ouroboros Society. Of course, I don’t have a Chosen yet. These things take time. That’s not how it works. Yes, as we discussed, the decision is mine when I think there is someone worthy.”

He laughed like a kid who just advanced to the next level in his favorite video game, and I thought about Rory. The ten-year-old boy I’d had a crush on back when life was normal. Back before the thoughts of others could invade my mind.

I heard pages flipping quickly, and I imagined the man skimming sheets of a notebook or maybe a calendar. “Haha, you do have a way with words, Damian. I’m sure she won’t be butt ugly, as you put it. Though I do agree with you, women of that standard do tend to be … No, I wasn’t going to say homely, let’s just say less fortunate and maybe not as well pruned or sophisticated as most of the women who travel in more influential circles that you’re used to.”

Was this guy serious? Not as well pruned? What did that mean? Was he talking about women or bushes? What a xenophobic ass.
And what was the Ouroboros Society, and what was a Chosen?

“You’re young still, so I’ll forgive your judgmental presumptions. I believe all women should be treated with the utmost respect and as our equals.”

Hmmm … maybe this guy wasn’t an ass after all.

My leg started to cramp, and I shifted to ease the pain. But when I moved, a blue cheese stuffed olive escaped from the napkin and rolled out from under the desk. I froze and stopped breathing as it traveled out to the tip of one of his shoes and stopped.
I considered reaching for it, but the man would surely see my hand. Maybe he wouldn’t notice the olive.

“It’s possible that it could be months before …” He paused.

He planted both feet on the floor and turned toward the desk. “I have to go now. I’ll see you at home. Don’t stay out too late.”
His footsteps came around the desk, stopping where I sat. An Olympic-sized barbell sank to the bottom of my stomach, pulverizing the cheese and crackers into a sludge that threatened to come back up. I squirmed against the wood, wishing I could somehow flatten myself into it to make myself invisible. Even if I could, the thumping of my heart would surely give me away.

I placed my hand over my heart. It pounded so hard in my chest I was sure it would punch a hole through the nipple of my breast. He rolled the chair aside, and his face appeared before me. His expression shifted from what-the-hell shock to who-the-hell-are-you curious charm.
​
But I didn’t think I should trust that charm. My stomach rolled inside out, and I wanted to get up and run from the room, but there was no way out except through him.