The Reckoning Has Come! 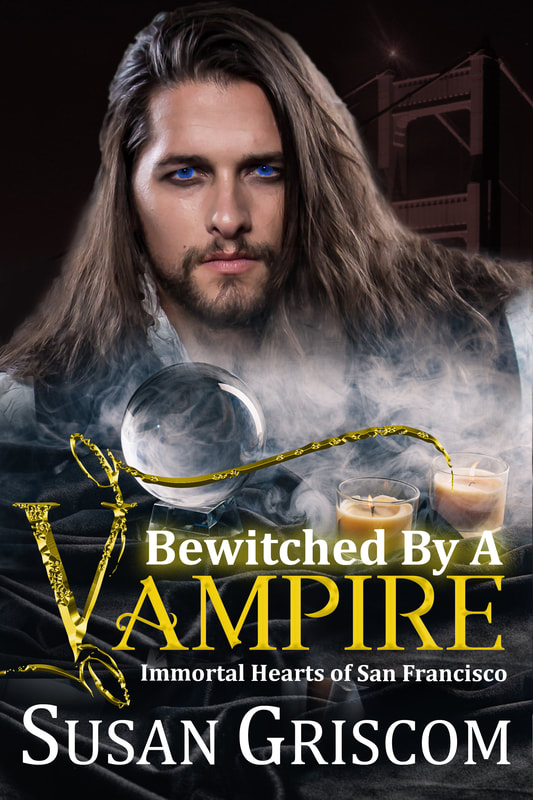 Five years ago, Maggie and Vanessa received a psychic reading from the mysterious Madam Fontaine. And now the reckoning has come.

Vanessa is happy with her life just the way it is. Loving and living with Lane as a vampire is the best thing that has ever happened to her and she would never want to do anything to change it. But when her best friend asks her to perform a spell that backfires, she needs to decide whether or not she wants to accept the consequences which could change everything.

Lane is equally enamored sharing his life with Vanessa, but when a conversation with his brother has him second-guessing the devotion of the love of his life, he begins to withdraw into himself along with the demons of his past.

Will all the prophecies foretold by the mysterious medium from Tempted by a Vampire finally come true?

Will they be able to manage what the future has in store for them or will it end up tearing them apart?
​
Be prepared to have your heart stolen once again by Bewitched by a Vampire, Book 6 in the Immortal Hearts of San Francisco series, and discover which of those predictions transpire into reality.

“Vanessa!” I shouted into the empty space where she’d been standing a moment ago.
What just happened? I swiped my hand over my face, wishing I could figure out what she’d been so pissed off about. Why did she think I was suggesting she was furniture? I simply wanted her to know that she was mine.
She didn’t need to get all uppity and in my face about being possessive. Of course, I was possessive. I was a vampire. It was in our nature. Wasn’t she possessive about me? Maybe that was the issue, reaffirming my concerns from earlier tonight. One thing was certain, though. I was jealous. But why? And of Julian? That was preposterous. But the way she’d smiled at him had my heart twisting in a knot.
I paced in the hallway, not sure what to do. I could follow her. I knew where she was. We had a blood bond for Christ’s sake. I always knew where she was. In fact, that bond was stronger than what I had with Chelle or Ari. Sometimes it was so strong; I could sense her emotions. This time, her anger.
I scratched my head. So why was I jealous? Had the conversation I had with Cian ignited some sort of insecurities in me? Fucking A. I was acting like a silly adolescent with a wicked crush on the prettiest girl in school. The untouchable one that everyone wanted to be with. Was I the one who needed the words in a ceremony to give me peace of mind? I started to dematerialize and go to her, but stopped, letting my molecules knit back together. No sense in even trying to go after her. I knew she’d have put a barrier spell on the perimeter of the room so that I couldn’t enter. So, I walked instead of teleporting to the studio. Alone. It was a piss poor attempt to peel away some of the bad feelings I was experiencing as if they could be shed like pounds of fat.