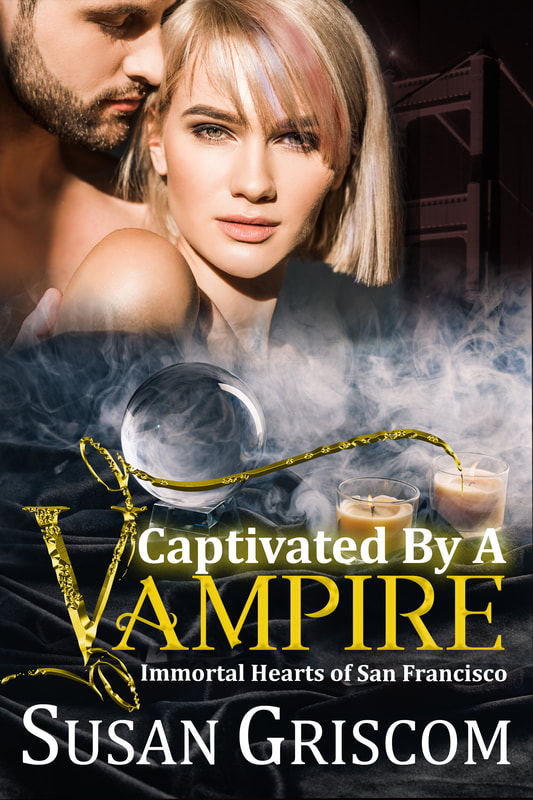 I may be a new vampire, but that doesn’t mean I’m naïve. And I don’t like being treated that way. I only want to find my place in this new and scary life I’ve been cursed with. Unfortunately, trouble seems to follow me wherever I go, starting with my very first attempt to feed on my own …
But then I come face to face with a very charming stranger who seems to want to help, but can I trust him?

He knows his priorities—reporting the news by day, drinking himself into a self-loathing stupor by night. His workaholic tendencies can’t completely mask the horrific night that changed his life forever … until a beautiful, sexy, and an utterly mysterious woman enters his life and changes everything.

“Captivated by this Book! Chelle and Josh have such amazing chemistry. Alluring, Tantalizing me with her beauty. Sweet mother of God, help me. I was falling in love with a vampire.”

“Sweet Innocent Love. Love knows what it wants even when those involved don’t. A wonderful read, and wonderful continuation to the Immortal Hearts of San Francisco Series!”

“Captivated and I don’t care who knows it! 5 Captivated stars!!! I'm hooked on this series! After reading book one, I knew I was in love. So the minute I got my hands on this book, I knew I'd gobble it up in one sitting... and that's exactly what I did. This book is just as captivating (no pun intended) as the first book!! The details and the story will pull you in and you won't want to stop reading this book until the end!! I love all things vampires and this book was perfect!!”

“Gotta Love Those Vampires Damn these vampires are so awesome! They are good people...the author again brought the ‘family’ out again but this is Chelle's story. Oh and her human Josh. They both have demons that are going to be hard to get rid of. Can she resist his blood? Will he see her as a monster? Can they find love?”

Get your copy today!​

Prefer to read the Paperback? Click Here.
Get the Paperback!
Get a Signed Copy
​We are a participant in the Amazon Services LLC Associates Program, an affiliate advertising program designed to provide a means for us to earn fees by linking to Amazon.com and affiliated sites.
​©2018 Susan Griscom -- All Rights Reserved