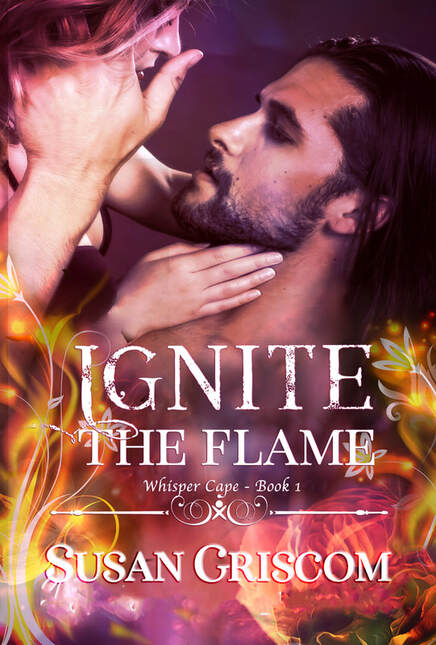 He can take her anywhere her heart desires, but she can bring him to his knees with the gentle flick of her finger.
When the tragic death of her father brings Addison MacKenna back to the town where she was born, she can't understand the strange sensations that have begun to consume her. Plagued with nightmares of her father's sudden and brutal death, Addie struggles with her anguish and refuses to believe that his demise was accidental.
But that's not the only thing Addie struggles with.

Caught up in the horrors of her latest nightmare while driving to work one day, she's startled beyond comprehension when she almost runs down a man standing in the middle of the road. A gorgeous, stunning man she can't seem to take her mind or her eyes off of. All of a sudden, the impossible seems possible, and it's not clear whether that's a blessing or a curse.
Cael Sheridan may be arrogant and mysterious, but he's also undeniably gorgeous. A member of a secret society, he is sworn to protect the woman he believes to be the daughter of his recently murdered mentor. In the process, he finds it impossible to resist her magnetic sensuality, complicating his efforts to shield and guide her as she learns to manage her newly acquired skills. He's faced with the tough decision of whether to let her in or sabotage their new relationship in order to keep her safe as well as his own heart.
Fate has brought them together, but will it make them stronger or destroy them in the end?
A supernatural, urban fantasy sure to get your blood running hot, "Ignite the Flame" is the first book in the Whisper Cape series set in a sleepy coastal town along the Oregon Coast. Note: Previously published as Whisper Cape.

Cael Sheridan stepped out from behind a thicket of Manzanita bushes and onto the highway. He looked left, then right, and proceeded to walk along the side of the road, a bit more cautious of oncoming traffic than he’d been a few minutes earlier. She’d nearly run him over. He knew it had been careless of him to be in the middle of the road, but from what he’d remembered, there usually wasn’t much traffic on this stretch of highway, especially this time of year.
It had been several years since he’d been back to Whisper Cape, though he sensed not much had changed. The narrow highway was completely deserted other than the one truck. The swirling wind stung clear down to his bones. He pulled up the frayed collar of his coat and frowned as the loose strands of fabric tickled his chin. Glancing down the side of the cliff, he paused to admire the roaring surf crashing against the rocks.
“Ah, still breathtaking.” He smiled, then breathed in, as the cool moist air filled his lungs. He reveled in the fresh ocean breeze with the faint taste of salt in the air.
Yes! I love this coast.
Taking in another deep breath, and suffering the bite of the wind, he continued walking.
He hadn’t meant to frighten the woman in the truck, but hadn’t wanted to die either. So he did what came naturally to him and disappeared.
Hiking along the road, Cael willed his thoughts back to business. He was tracking a killer on a hunch—a hunch leading to the sister of his friend, his mentor, Ristéard. Soon after Ristéard’s death, his sister had left New York and moved out west to Oregon. Cael’s gut warned him the murdering monster, known as Eidolon, might have followed her. Cael was certain Eidolon hadn’t found what he’d been looking for when he’d slaughtered Ristéard. Eidolon was sinister and deranged. Cael knew he would stop at nothing to get what he wanted. He enjoyed the walk into town, but picked up the pace, hoping he’d arrived in time.

Download this steamy and exciting saga today.
​Get Ignite the Flame now for FREE!

Get the Paperback!
Get A Signed by Author copy!
Get the Audiobook

Other titles in this series:

​​We are a participant in the Amazon Services LLC Associates Program, an affiliate advertising program designed to provide a means for us to earn fees by linking to Amazon.com and affiliated sites.
©2022 Susan Griscom -- All Rights Reserved