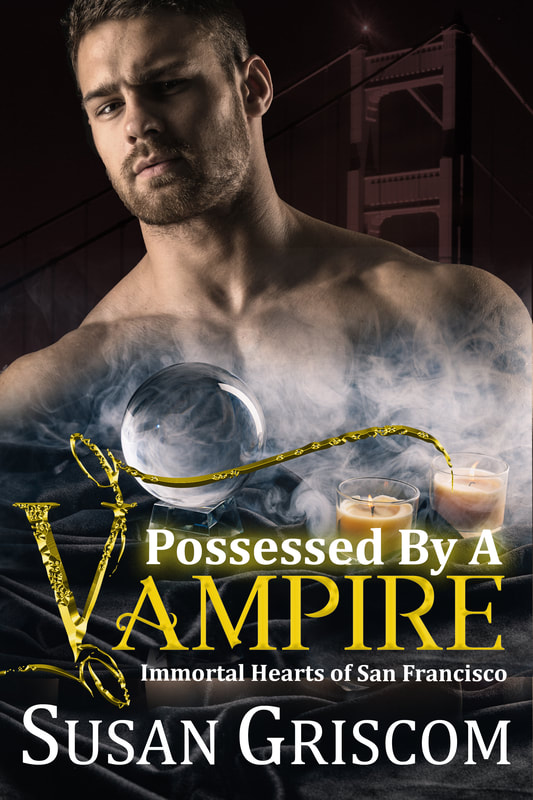 They possess the power to make their dreams come true—but it won’t be easy. And when one night of passion opens the door for a century of secrets to be revealed, Lily and Preston must fight for not only what they believe in but also what they love.

Preston Knight—Elvis to his friends—loves being a vampire. The night he was turned was the first step to him becoming the kind of man he always hoped to be. Now, he’s a rock star. What could be better? But the one thing that would make his world complete is just out of reach. The woman he yearns for has some serious secrets, and despite him knowing that she wants him just as much as he wants her, she won’t let him in.

Lily Grey never asked to be a vampire. The choice was taken from her eons ago, and things never improved. Now, she finds herself peddling drugs on the streets of San Francisco and playing the part of doting wife to a possessive and sadistic vampire with delusions of grandeur. But family means everything to Lily, and she’s willing to sacrifice everything for it…even her one chance at happiness with the sexy-as-sin vampire who sets her heart ablaze.

Sweet’s Delicacies
Whatever your pleasure, we’ve got it.
Sweet Towers, Sky Deck.

When the vampire left, Gage grabbed the card from me. “Shit. Looks like he wants a rematch.”
“Well, he isn’t getting one,” I retorted and threw the fancy card down on the table. This was over right now. I didn’t want any part of whatever the fuck that guy was dealing.
“I wouldn’t be so quick to pass on that invite if I were you, Elvis,” Lincoln, the vampire who’d hosted the night’s game, said. “That vampire works for Sweet, one of this city’s most dominant and influential business owners. He has the support of the local labor board, as well as several other highfalutin bigwigs in the city. It’s quite the honor to be invited, even if it was by his right-hand man. Sweet doesn’t give out invitations to his private parties very often. And his parties don’t have anything to do with card games, if you get my drift. Roach must have liked you.” He winked.
I raised my eyebrows at Lincoln in question.
“You know. Sex, drugs. Those kinds of parties. Group or single, whatever you desire. Or so I’ve heard.”
Whatever kind of parties, I wasn’t into group sex or drugs. I had a woman, or at least a woman I wanted, as the vision of Lily’s striking brown eyes set against her smooth, deep black hair floated through my mind I got to my feet and shrugged into my jacket. “Come on, Gage, let’s split.”
As Gage and I strolled down the sidewalk through the Tenderloin, we noticed a couple of ladies of the night hanging out on the adjacent corner.
“That was a grueling hand. Made me a tad thirsty, what about you?” Gage asked.
I shrugged. “Sure, I guess.”
I was a bit dry since I hadn’t taken in any fresh blood for a day or so, but I wasn’t sure I wanted to take the time to quench my thirst right at that moment as visions of Lily’s lovely face floated into my head. It was difficult to shake them away because I was excited to get to the bar where we usually met, hoping she would be waiting there for me.
But Gage’s suggestion sparked a need I hadn't considered, and I gave in. As we flashed across the street directly in front of the two women Gage quickly compelled both of them to not be alarmed by our sudden appearances. Then he sank his fangs into the neck of the one closest to him. The other stood still, staring blankly at me. My own fangs dropped at the thought of drinking her blood. As I sank my canines into her vein, I had to remind myself that I needed the energy this would provide me in order to fully enjoy my time with Lily without the annoying pang of hunger distracting me.
Get your Copy Today!
Get the Paperback!
(Paid links)
Get a Signed Copy!
*As an Amazon Associate I earn from qualifying purchases.
*As an Apple Affiliate I earn from qualifying purchases. Possessed by a Vampire is an independent publication and has not been authorized, sponsored, or otherwise approved by Apple Inc.”
​©2022 Susan Griscom -- All Rights Reserved