Possessed by a Vampire 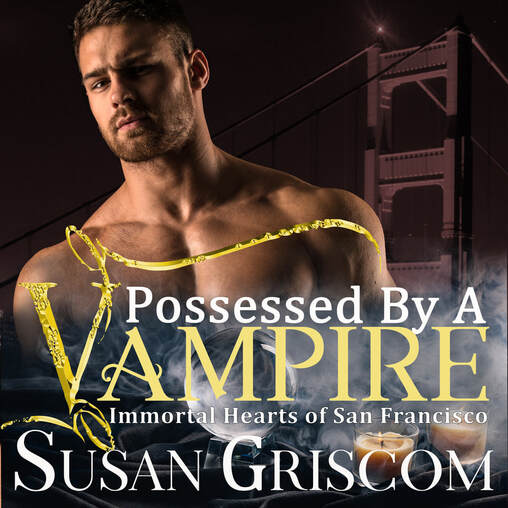 They possess the power to make their dreams come true—but it won’t be easy.

Preston Knight—Elvis to his friends—loves being a vampire. The night he was turned was the first step to him becoming the kind of man he always hoped to be. Now, he’s a rock star. What could be better? But the one thing that would make his world complete is just out of reach. The woman he yearns for has some serious secrets, and despite him knowing that she wants him just as much as he wants her, she won’t let him in.

Lily Grey never asked to be a vampire. The choice was taken from her eons ago, and things never improved. Now, she finds herself peddling drugs on the streets of San Francisco and playing the part of doting wife to a possessive and sadistic vampire with delusions of grandeur. But family means everything to Lily, and she’s willing to sacrifice everything for it…even her one chance at happiness with the sexy-as-sin vampire who sets her heart ablaze.

When one night of passion opens the door for a century of secrets to be revealed, Lily and Preston must fight for not only what they believe in but also what they love.
Available to listen to now at these retail outlets:
iBooks  |  GooglePlay  |  Kobo  |  Chirp | NookAudiobooks | Audible