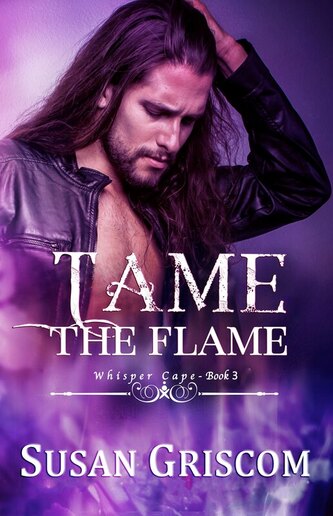 "He lost his memory. She lost him."

In a town full of magic, mayhem, and murder, magical side effects aren't unheard of. Unfortunately, it's Addison's lover, Cael who is affected, and the fallout is significant. As a result of some mind-altering misfire, Cael no longer remembers Addison or the love they shared; he's only aware of his duty to his mentor and the Sectorium.

Addie's family and friends think she should keep the past a secret so Cael won't feel pressured into having feelings he can't remember, but Addie is crushed. She's not only lost her lover - the man with whom she shared a passion so intense it was one for the ages - but someone has stolen a powerful magical artifact that she was tasked with protecting. Her world has literally been turned upside-down, and her friend Aiden showing an inordinate amount of interest in her isn't helping.

Can Addie and Cael work together to uncover the secret of the missing crystal and stop it from falling into the wrong hands while rekindling their passion, or does fate have other things in store for them?

Previously published as A Secret Fate, and has been given a new title and new cover to better manifest the true spirit of the book.

​READ THE FIRST CHAPTER OF TAME THE FLAME

​As Cael appeared at the corner of the beach house, he noticed someone over by the archway. He stood staring for a while, and using his keen senses, he heard the whimpering and sniffling.

“Daddy, please answer me. God, this can’t be happening. Why can’t I talk to you without the crystal?”

Cael sighed, feeling at a loss for words. His heart broke for Addison as he listened to her plead with her dead father. The idea of Addison talking to Ristéard made him remember something from several years back, an uncomfortable moment, at first, when he’d walked in on Ristéard while he appeared to be talking to himself. By his own admission, the man had been speaking with his dead wife. Addison must have the same ability. Was it only with the crystal, though? Cael thought back. He didn’t recall Ristéard mentioning that. There must be another reason why she couldn’t communicate with him now.

He took slow cautious steps across the lush green carpet of grass blanketing the yard on the way to the archway. He didn’t want to startle her. Addison sat crying, crouched down on her legs, her head in her hands, the hood on her sweatshirt bunched up at the nape of her neck. Cael placed the bag with the food on the ground and sank down in front of her. Something in his gut told him he needed to comfort her. Taking her wrists in his hands, he pulled her to him. She looked up at him and he was surprised when she practically threw her arms around his neck as if she’d done it a million times before and buried her face in his chest. He held her close, a comfortable fit, he mused, as he let her cry against him, wishing he could take away her pain. He had to find that crystal. He didn’t think he could stand to see her this miserable for very long.

She tilted her head up, studying his eyes and he found himself mesmerized with hers. Her cheeks glistened with tears and she ran her tongue over her lips just a short inch away from his own. He closed his eyes because he couldn’t stop the thought of how her lips would feel if pressed against his, or how sweet her mouth would be if he could only taste it. All of a sudden, her lips were on his, hungry, urging, and damned if he didn’t kiss her back. He knew it was wrong, kissing someone else’s woman, but still, he found his lips parting to accept her tongue, tasting it. He groaned at the sensation and felt himself harden as she moaned before slowly pulling away, keeping her arms around his neck as her lips grazed his throat. “Take me inside,” she cooed into his ear with heavy sounds of breathlessness and excitement. He wanted her more than he’d ever wanted another woman in his entire life, but she belonged to someone else. “Please, Cael, take me inside and make love to me.”

An uncontrollable growl emanated from deep within his throat. She had no idea how much he wanted her, the magnitude of the prospect surprising even himself. He could barely utter his next words. “Ahhh, baby, you have no idea how badly I’d love to do that.”

Pulling back slightly, he studied her eyes, searching for a sign she might not be in her right mind, and tried to figure out if she was serious. He wanted her, there was no doubt about that and she certainly acted like she wanted him. Why would she cheat on Aiden and would she regret it? Trouble in paradise? His fingers tangled in the soft strands of her long brown curls and his senses became lost in the sweet aroma of her fragrance. Wrong or not, Cael grabbed the bag of food off the ground and scooped her up in his arms. “Close your eyes,” he managed to whisper against her hair before attempting to teleport them inside the beach house, hoping he wouldn’t freak her out with the act. She was Ristéard’s daughter after all, and should be accustomed to people with these sorts of abilities. She was friends with his mother so she should be familiar with teleporting. Something was wrong, though. He strained to concentrate and realized he couldn’t dematerialize.
Find out what happens next and get this sexy, third installment now!
Get the PaperBack
Get a Signed by Author Copy
Get the Audiobook! 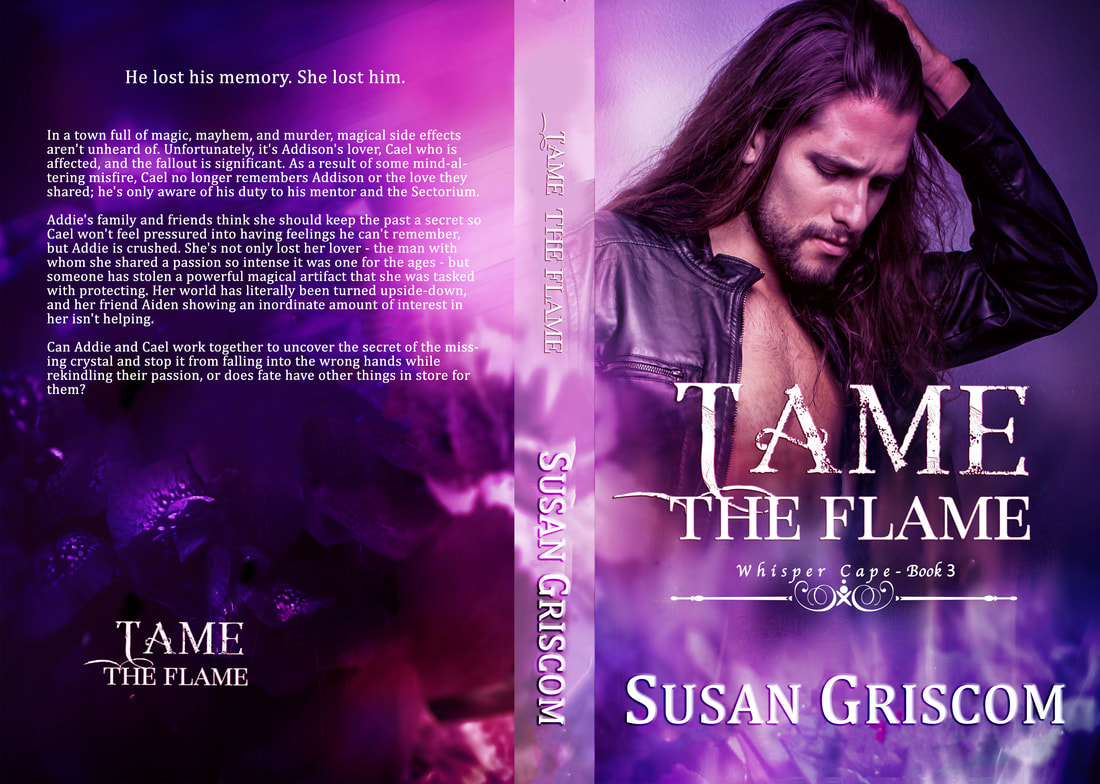 ​​We are a participant in the Amazon Services LLC Associates Program, an affiliate advertising program designed to provide a means for us to earn fees by linking to Amazon.com and affiliated sites.
​©2022 Susan Griscom -- All Rights Reserved